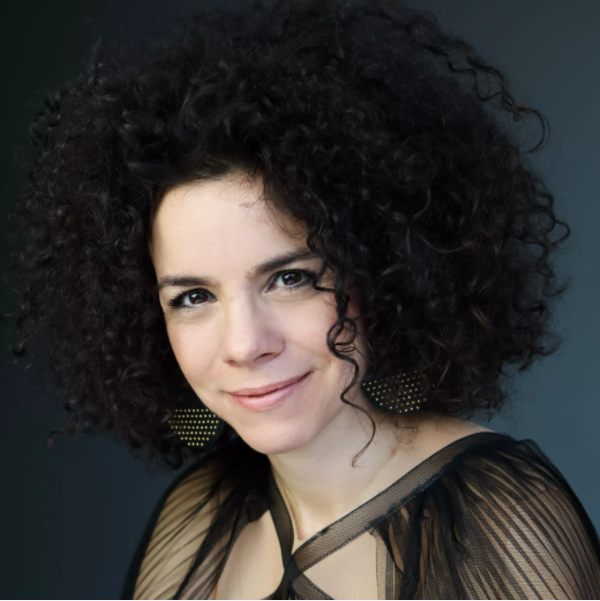 For more than a decade she worked as a foreign-editor, reporter and a war correspondent for the Hungarian Television, and has reported from more than twenty countries, among them several combat zones. Primarily, she specialized on the the Middle East, as her father has Syrian origins. Her Mother is Hungarian, her parents met at the Medical University of Debrecen. Later the family settled down in Salgótarján.

Northern- Hungary and Hesna grew up there, too. She pursued a bilingual secondary school and also studied in the US for a year with the help of a scholarship, then she continued her studies at the Faculty of Law in ELTE University. She also attended higher education in Tunisia where she studied Arabic language.

After obtaining her degree of law she started to work as a foreign affairs journalist at the Hungarian Television. She received several awards, twice she has been given a Kamera Hungaria Award for best report and in 2011 she was given the prestigious Prima Primissima Award in press cathegory. In 2014 she received the László Kovács Media Award. Her reports (shot in Gaza and in Northern-Iraq) made it into the finals of the prestigious Montecarlo Television Festival twice. In 2017 she received the ENAM-Amerigo Media Award. She also made a documentary series called BABEL – The World with Hesna, which aired 37 episodes in the Hungarian Television, focusing on exceptional life stories from all over the world.

She is author for three books: On the Land of Wars – about her experiences as a war correspondent, Fear Bravely – about how to transform fear into fuel in our everyday life, and Holli, the Hero – a children’s book, also about transforming fear into positive energy. Besides being a reporter she also undertook a role to be the goodwill ambassador of the Millennium Development Goals. Currently, she is the ambassador and enthusiastic supporter of Heroes Square Initiative. She is regularly invited to give presentations at universities and conferences, mainly about her war correspondent job and about the theme of fear.

GET TO KNOW
Page load link
Go to Top